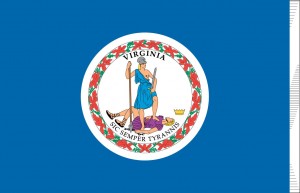 In an announcement made this week, Virginia’s Governor-Elect Terry McAuliffe named Karen Jackson as Virginia’s next Secretary of Technology. Ms. Jackson currently serves as Deputy Secretary of Technology for the Commonwealth of Virginia, a post she was originally appointed to by Governor Tim Kaine and reappointed by Governor Bob McDonnell in 2009.

Virginia’s technology circle is buzzing about the new appointment as many expressed kind words of encouragement for her in the new role, including Dave Heller, Trinity’s Assistant VP of Business Development in Sterling, VA, which stated, “The team at Trinity is excited to have such a strong leader appointed to this important post. The technology future looks bright for the state and residents of Virginia.”

About Ms. Jackson:
Ms. Jackson serves as Vice President of CIT Broadband, as well as the Deputy Secretary of Technology for the Commonwealth of Virginia, where she is responsible for policy and legislative initiatives as well as developing programs based on innovation and collaboration. Ms. Jackson serves as the Virginia lead for the Mid-Atlantic Aviation Partnership with New Jersey (MAAP). Prior to her current appointment, she served as Deputy Secretary of Technology and director of the Commonwealth’s Office of Telework Promotion and Broadband Assistance for the Kaine Administration. In 2010, she was named to Government Technology’s list of the top 25 Doers, Dreamers and Drivers. Ms. Jackson serves on a number of Boards including the Virginia Telehealth Network, the Information Technology Advisory Council, the Policy Committee of the National Modeling and Simulation Coalition, and the National Center for Collaboration in Medical Modeling and Simulation. She holds a bachelor’s of science in business management from Christopher Newport University and a master’s of business administration from The College of William and Mary.

Trinity Video Communications provides the most cutting-edge videoconferencing technology including software-based solutions and BYOD videoconferencing for commercial, healthcare, legal and law enforcement, education and government applications. Trinity’s Virginia office is located in Sterling, Virginia, near Dulles Airport.   Trinity is headquartered in Louisville, Kentucky, with a sales office in Cincinnati, Ohio. To learn more about how Trinity can transform the way your organization communicates, contact a representative today at 800-261-9008.