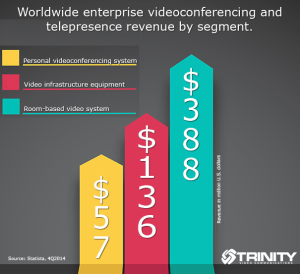 Trinity Video Communications is an audiovisual and video communications company that provides large corporations and healthcare organizations with state-of-the-art technologies that transform the way they communicate, interact and do business. Trinity Video also provides real-time unified communications to government agencies including the Department of Justice, Department of Defense, Homeland Security and law enforcement agencies at the federal, state and local levels responsible for mission critical initiatives.

Trinity Video is headquartered in Louisville, Kentucky with additional offices in Sterling, Virginia and Cincinnati, Ohio.