Trinity Video Communications provided an assortment of hi-definition displays for the center, including two 60” digital signage screens for the lobby, a 70” LED television panel for the waiting area, 50” panels for each private exam room, a 60” LED display for the doctor’s lounge and two 32” flat screen displays with articulating arms for interaction with patients. 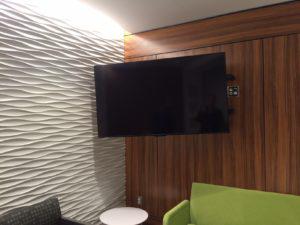 “The Loden Vision headquarters is truly an impressive facility, with modern offices and a cutting-edge surgical center. I am pleased that Trinity Video was able to be a part of such a diverse project with so many different components,” said Trinity Video CEO Barry Sawayer.